You are here: Home / Network Marketing Training / Facebook Video Calling by Skype – The next evolution of online social networking and marketing?

Already powered by Bing (formerly MSN, and then Live… operated by Microsoft) for its web search results, Facebook seems to be enamored of Microsoft as it powers up its video calling feature with the help of Skype, which was recently acquired by Microsoft.

While video calling is hardly anything new, the integration between a popular, gigantic social networking platform like Facebook and the ability to instantly start a video chat with one (soon to be group, I predict) of the 700-million some members is nothing less than breathtaking. 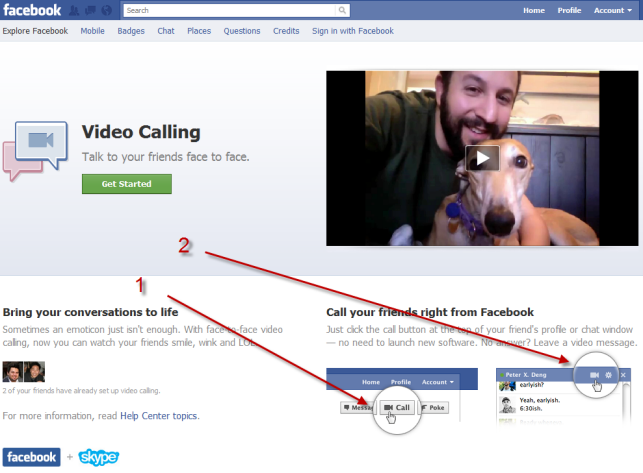 Obviously an immediate benefit of the video calling feature saves us the time from having to get our friends’ Skype ID, send them an invite and wait for them to get on Skype.

We can now do it in one swoop… Woohooo!

This convenience feature alone is enough to make me smile

Those that engage in ethical business activities can also now use Facebook video calling to connect with prospects, clients and teammates more effectively and quickly.

With Facebook video calling will there be a day when advertisers can send you video messages directly if you don’t adjust your privacy settings?

Or maybe put your face in a video commercial without you knowing it because you “forgot” to uncheck that box in your account settings somewhere?

Today is Day 1 of Facebook video calling so it’s really too early to make any judgement on its impact to its members… and the rest of the world.

Oh yeah, and add me on Facebook at http://www.facebook.com/jerrycchen so one of the days we can give Facebook video calling a try!